Skip to content
From a fun recent live interview with @jewishveg .
She asked what the immune system does and how to help it.
Here is my response. Hope it helps!
Eat to #hypernourish your body and your health will thrive!
.
Learn more at GoodbyeLupus.com and see the whole interview on the @jewishveg facebook page and youtube channel.

A code blue is a medical emergency. It means a patient is dying and that we must rush to the bedside to revive them. As a physician, I know it well. It is a rush of urgency and desperation that healthcare professionals experience as they act swiftly to save a life. When the time came for naming our documentary, Code Blue was the title that best fit what I hoped to convey to the public. I wanted the name of the film to reflect the emergent matter before us, evoking a gut response to react—not next year or tomorrow, but immediately. Our healthcare system is failing us, and it has been for some time now. Most recent statistics show an increase in seven of the top 10 leading causes of death, including heart disease, stroke, Alzheimer’s disease, diabetes, and suicide.[1] The obesity rate in the United States is now a shocking 42.4%, which is sobering considering no state in the commonwealth reported an obesity rate above 15% just 30 years ago.[2][3] What will it take to finally say enough is enough?

If we know that the most important factor leading to premature death is poor nutrition, then how is it that doctors learn little to nothing about nutrition during their training?

When we embarked on the film project in 2015, the primary initiative was to shed light on the overwhelming body of evidence that supports the importance of diet and lifestyle on the formation of chronic disease. We had no idea its release would be hampered by an acute novel infectious disease. Over the past several months, we have suffered a global period of mourning as our lives have been turned upside down and we have witnessed the loss of so many loved ones. In the midst of this pandemic, Code Blue was released on May 26, 2020, to a community universally in pain. COVID-19 would lead to the cancellation of our theatrical releases in Los Angeles, New York, and Pennsylvania, as well as scratch our plans for a film tour. As an infectious disease specialist who trained in pandemic preparedness, admittedly even I was caught off guard. This virus, for which we still have many unanswered questions, remains elusive and has not only managed to take countless lives but has also irrevocably changed societal norms. The development of a safe and effective vaccine is yet to be realized. Trials for therapeutics are ongoing, some cautiously optimistic, but it will still be some time before they are readily available to the general public. How does the COVID-19 pandemic relate to the chronic disease epidemic and Code Blue? It is, indeed, alarmingly relative. The virus has placed an unexpected and startling spotlight on the chronic disease epidemic. On June 15, the CDC published findings on those affected by COVID-19 in the United States from January to the end of May 2020. Data revealed approximately 1.8 million cases and more than 100,000 deaths during this period. Chillingly, those living with a chronic disease were six times more likely to be hospitalized and twelve times more likely to die. The pandemic has further deeply affected our most vulnerable minority communities, with 33% of cases occurring in Hispanics and 22% in Blacks.[4]

We are a society drowning in chronic disease, and so in turn, we are ill-equipped to battle this novel contagion that is most affecting that very subset of the population. The fact that 50% of Americans are living with at least one chronic disease is in large part due to the failures of our current-day healthcare system, which places little to no emphasis on the value of prevention and health promotion.[5]Instead, our misguided approach is fully vested in treating those who are already stricken by disease with pills and procedures.

If we know that the most important factor leading to premature death is poor nutrition, then how is it that doctors learn little to nothing about nutrition during their training?[6][7] Despite all the scientific evidence, we still miss the golden opportunity to teach the most powerful intervention known to mankind to those who dispense the care. It is a national tragedy. Today we have the knowledge and understanding to prevent nearly 80% of chronic disease, yet we fail to act to disseminate this life-saving message.[8] In my estimation, this borders on immoral. The true purpose of this writing, though, is to share the joy of this newly released film in hopes it will resonate with all who watch it, and to inspire them to share it with others.

The personal appeal of making a documentary is that this would be a medium by which we could bring awareness to an issue of concern to a large audience and potentially catalyze a movement that demands better of our healthcare system, academic institutions, hospitals, and clinics.

It is my hope that Code Blue will awaken something within physicians, healthcare professionals, and communities far and wide to act now. Together we can create a better future for those who follow us. Ironically, the silver lining of the COVID-19 infectious disease pandemic may be that it provided the spark that ignited the end of the chronic disease plague and ushered in an era of wellness and health promotion. In order to achieve this momentous milestone, I know it will take much from many. Code Blue is my humble contribution to this vital effort.

Available at this site to download or watch on Amazon, Vimeo, Vudu, Apple TV, and Google Play: https://www.codebluedoc.com/

The Washington State Department of Agriculture wrote about the phenomenon on their Facebook page on July 24, 2020 and said that the seeds are being shipping in packaging that identifies the contents as jewelry.

Similar advisories have been issued in Virginia, Utah, Kansas, Arizona and Louisiana.

As professor of epidemiology at Yale School of Public Health, I have authored over 300 peer-reviewed publications and currently hold senior positions on the editorial boards of several leading journals. I am usually accustomed to advocating for positions within the mainstream of medicine, so have been flummoxed to find that, in the midst of a crisis, I am fighting for a treatment that the data fully support but which, for reasons having nothing to do with a correct understanding of the science, has been pushed to the sidelines. As a result, tens of thousands of patients with COVID-19 are dying unnecessarily. Fortunately, the situation can be reversed easily and quickly.

I am referring, of course, to the medication hydroxychloroquine. When this inexpensive oral medication is given very early in the course of illness, before the virus has had time to multiply beyond control, it has shown to be highly effective, especially when given in combination with the antibiotics azithromycin or doxycycline and the nutritional supplement zinc.

On May 27, I published an article in the American Journal of Epidemiology (AJE) entitled, “Early Outpatient Treatment of Symptomatic, High-Risk COVID-19 Patients that Should be Ramped-Up Immediately as Key to the Pandemic Crisis.” That article, published in the world’s leading epidemiology journal, analyzed five studies, demonstrating clear-cut and significant benefits to treated patients, plus other very large studies that showed the medication safety.

Physicians who have been using these medications in the face of widespread skepticism have been truly heroic. They have done what the science shows is best for their patients, often at great personal risk. I myself know of two doctors who have saved the lives of hundreds of patients with these medications, but are now fighting state medical boards to save their licenses and reputations. The cases against them are completely without scientific merit. Continue reading …

This class explores how we can better serve ourselves and others by adjusting our vantage points to seek out only the positive in ourselves, in others, and in all of life’s experiences.

The Chabad Jewish Center of Coral Springs is dedicated to serving the Jewish community in Southwest Coral Springs and parts of Tamarac, Florida. We offer many adult education classes and seminars on popular topics. For upcoming events and classes please visit out website: www.mychabadcenter.org.

How likely are you to die from #COVID19 if you catch it? We broke down the CDC numbers, and the odds are shocking. #HaveYouHerd ? #CovidOdds #Health #TheHighwire #DelBigtree

Press For Truth video with Denis Rancourt.
Posted with full permission from Dan Dicks.\
List of links to my articles and interviews on COVID and masks: https://activistteacher.blogspot.com/ 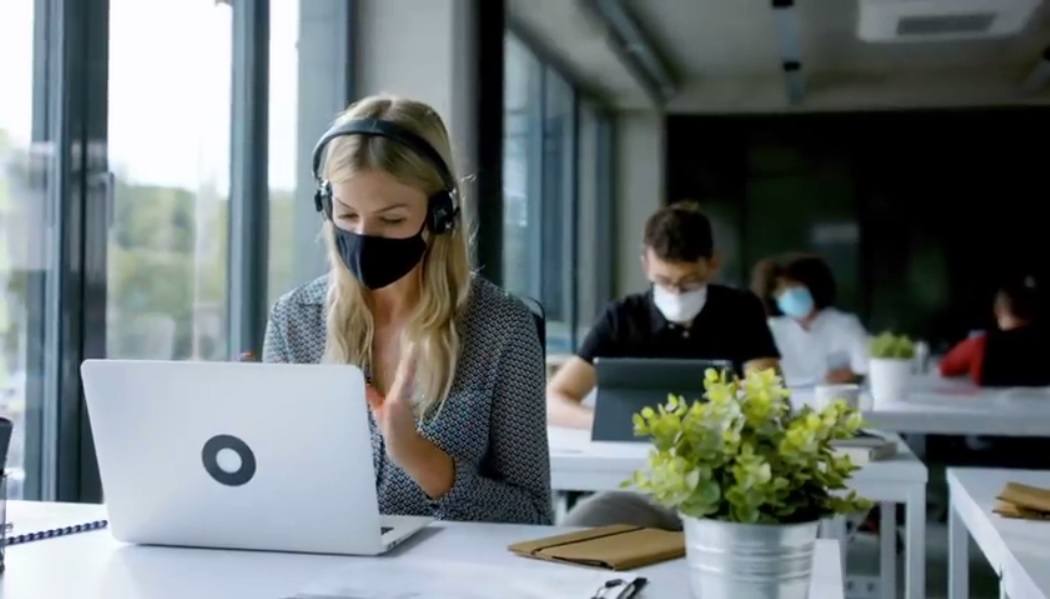 FB’s so called “fact checkers” have struck again, claiming that my report on the science that proves that wearing facemasks, especially in non-medical settings does almost nothing to prevent the spread of a virus, is false… citing that it was based on old information.

Now, I’m reporting on a new study created in conjunction with the World Health Organization and published by the CDC from less than 60 days ago that once again proves that there is no evidence that wearing face masks in public prevents the spread of flu-like viruses.

I’m also going to show you why the Facebook fact-checking system cannot be trusted.

Link to the CDC published study. This study was conducted in preparation for the development of guidelines by the World Health Organization on the use of nonpharmaceutical interventions for pandemic influenza in nonmedical settings.

This study was supported by the World Health Organization.

MIT, Duke, and Medical University of South Carolina graduate Dr. Andrew Kaufman, MD, joins Del for a mind-blowing discussion detailing what we actually know about the #COVID19 virus itself, and the very inconvenient truth every American needs to know.