Patricia is cofounder and president of the nonprofit, educational organization Era of Peace which sponsors her work and the Annual World Congress on Illumination.

Patricia was a marriage and family counselor for 20 years. She now spends her time sharing the vitally important information she is receiving from the Beings of Light in the Realms of Illumined Truth. This information from On High is distributed for FREE through Patricia’s Website www.eraofpeace.org in the form of Monthly Newsletters, Weekly Vlogs, Free Seminars, Webinars, YouTube Videos, as well as Facebook and Twitter postings. Patricia also shares this Sacred Knowledge through her many Mp3s, CDs, Books, EBooks and DVDs.

The Divine Intent of these Celestial Sharings is to give Humanity encouragement, greater clarity and understanding, as we progress through these wondrous but often challenging times.

Patricia’s philosophy is: Every person is precious and Divine, regardless of how far his or her behavior patterns and life experiences may be from reflecting that Truth. We are not the victims of our lives. We are the cocreators of our lives. Now is the time to create the lives we have always dreamed about, and we already have everything we need to accomplish that pulsating within the Divinity of our Heart Flame.

U.S. Drinking Water: Regulation, Contamination, Human Health Issues And What We Can Do About It! – Aly Cohen, MD – Interview Aly Cohen, M.D.

• Book – Non-Toxic: Guide to Living Healthy in a Chemical World, available NOW! Non-Toxic is published by Oxford University Press, and is part of the Dr. Weil Healthy Living Guides,

Dr. Aly Cohen is a board-certified rheumatologist and integrative medicine specialist, as well as an environmental health expert in Princeton, New Jersey. She has collaborated with the Environmental Working Group, Cancer Schmancer, and other disease- prevention or­ganizations, and is coeditor of the textbook, Integrative Environmental Medicine, part of the Oxford University Press/Weil Integrative Medicine, Academic Series. In 2015, she created TheSmartHuman.com to share environ­mental health, disease prevention, and wellness information with the public. She lectures nationally on environmental health topics for el­ementary/ high schools, colleges/ universities, medical schools, and physician- training programs, and she is a regular expert guest for tele­vision, print, and podcasts. In 2015 she received the NJ Healthcare Heroes Award in Education for The Smart Human educational platform, and she was awarded the 2016 Burton L. Eichler Award for humanitarianism.

Dr. Cohen is working to educate and empower the next generation to make safer, smarter lifestyle choices through the creation of en­vironmental health and prevention curricula for schools nationally. Her TEDx talk, “How to Protect Your Kids from Toxic Chemicals”, can be found on YouTube, and you can follow her health and wellness tips and recommendations on Facebook at The Smart Human, Twitter, and Instagram: @thesmarthuman. Sign up for The Smart Human newsletter, read her latest posts at TheSmartHuman.com, and listen to her podcast The Smart Human.

The Studies That Prove Cell Phone Radiation Is Harmful And What You Can Do About It with Daniel Debaun, Brian Clement Ph.D., Gabriel Cousens, M.D., Theodora Scarato

Daniel is an internationally recognized and influential expert in shielding electronic emissions and Electromagnetic Radiation (EMF) protection, with a particular focus on the effect of exposure from mobile devices such as laptops, tablets and cell phones. Daniel’s concern regarding the health impact of electronic radiation emissions grew from over 30 years of engineering experience in the telecommunications industry, where he held a variety of leadership and executive positions at SAIC, Telcordia, AT&T and Bell Labs. Through the course of his career, Daniel has created requirements for large telecommunication systems, led technical divisions responsible for establishing industry standards and formed analysis adherence testing for next-generation digital transmission systems. Daniel also oversaw laboratories which analyzed electromagnetic radiation (EMF) interference, electrical signals and digital formats. He and the teams he led were looked upon as industry authorities.

To protect the futures of all children, Children’s Health Defense is asking everyone to encourage their elected officials to take immediate action to ensure objective and independent review of the scientific evidence concerning the health harms of 5G.

The Defender is experiencing censorship on many social channels. Be sure to stay in touch with the news that matters by subscribing to our top news of the day. It’s free.

The U.S. Court of Appeals for the D.C. Circuit Aug. 13 ruling in favor of Children’s Health Defense (CHD) and other petitioners is a win of historic proportions.

To capitalize on this landmark win — and to protect your family, our communities and the futures of all our children — CHD is launching a campaign to inform elected officials on the federal, state and local levels about the court’s decision, and to encourage them to take immediate action to ensure objective and independent review of the scientific evidence.

You can help by contacting your elected officials. Click here to take part in CHD’s campaign to legislators.

The court ruled that the Federal Communications Commission’s (FCC) 2019 decision that its decades-old guidelines for 5G and wireless technology protects public health is capricious, arbitrary and not evidence-based as it pertains to the non-cancer harms.

This means the current guidelines regarding wireless technology do not protect public health. 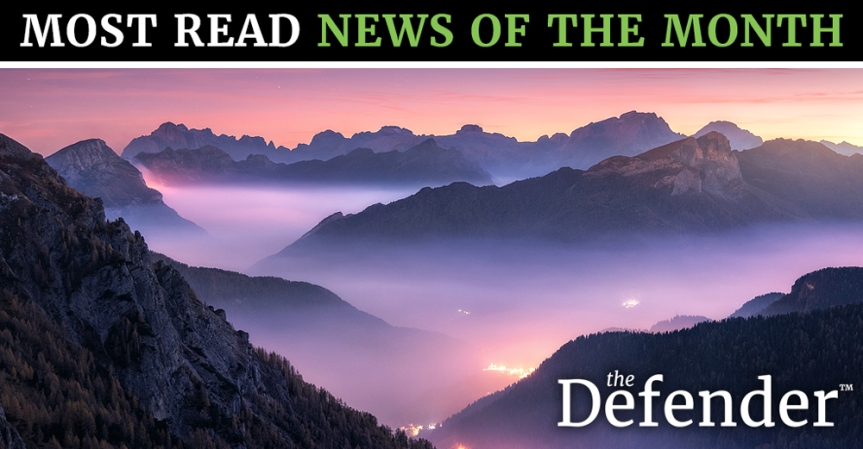 Redirect to Source: READ + SHARE Most Read News of August 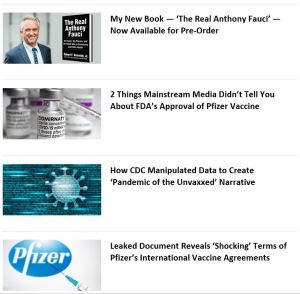 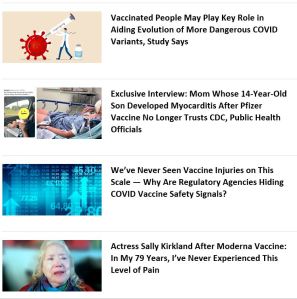 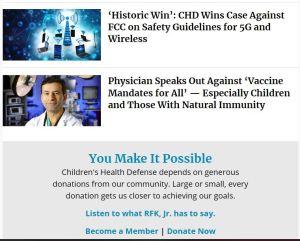 Our mission is to end the childhood health epidemics by working aggressively to eliminate harmful exposures, hold those responsible accountable, and establish safeguards so this never happens again. 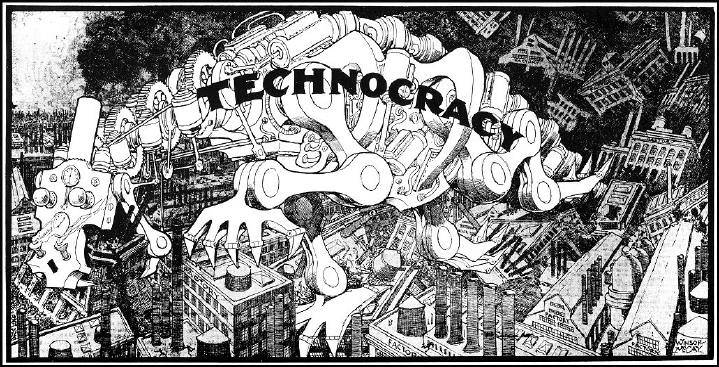 As editor of Technocracy News & Trends, I am not particularly satisfied in reporting story after story, day after day, on various aspects of the so-called Covid pandemic. Why fight the propaganda machine? Does it really matter? Aren’t other sites covering it anyway?

After replaying these questions every morning in light of Technocracy, I always come to the same conclusion:

IT’S NOT JUST A STORY, IT IS THE ONLY STORY!

This is Technocracy’s coup d’état. It specifically started on January 30, 2020 when the World Health Organization declared that COVID-19 was a pandemic, calling for emergency powers, lockdowns, social distancing, masks, vaccines, etc.

I flatly predicted this coup in 2015 in Technocracy Rising: The Trojan Horse of Global Transformation. There was no way at that time to understand the means of the coup, but it was clear to me that it was coming, that it had a timetable and intention:

“When studying the progression of Nazi Germany leading up to Hitler’s assumption of complete power, I have often theorized that there was very likely a specific point in time when he realized that he had all the political, military, organizational and economic power necessary to declare himself dictator. Hitler had declared his intentions in his 1925 book, Mein Kampf, which was mostly ignored at the time because it was written by a trouble-making rabble-rouser who was serving time in jail for what he claimed were political crimes. But, Hitler had a dream and a strategy to get there, and then he embarked on implementing that strategy. In 1933, after he clawed and connived his way into power, he pulled the plug and declared himself dictator; there was nothing anyone could do about it. To oppose him meant certain death or imprisonment. His work and strategy, like moving the pieces on a chessboard, had resulted in a doomsday checkmate. My point is that it didn’t happen by accident or a even by a series of random events where one day he just woke up and thought, “I think I will announce my dictatorship after lunch today.” Rather, Hitler was certainly gathering pieces of his empire all along, analyzing and plotting his victory with excruciating detail. As the necessary assets were lined up in a row under his control, Hitler knew exactly what it would take to get to the top, and he knew that he would know when he had arrived. Well, that day arrived, and history was changed forever.

“Based on this thinking, if today’s technocrats are meticulously working toward a scientific dictatorship and applying a specific strategy to get there, wouldn’t you think that they have a specific list of criteria that must be met before “game over” can be called? Wouldn’t you think that they are comparing such a list to the actual progress they are making in the world? Wouldn’t you think that they are monitoring their progress and will recognize when the list has been fulfilled? If you can see my point here, then there are only two questions left: When that day comes, will the Technocrats have the guts to shut the old world order down and simply declare the “system” as dictator? If so, how long will it take them to act?”

Well, of course they have the guts to shut down the old world order! They have done it, haven’t they?

Continued on Source: Why Coverage On Pandemic Tyranny Is So Important

Thanks to LeoHohmann.com for heads up about this article!

In the face of the adversity, the contrast and the great challenges we’re facing today, there is something much bigger, much greater and when it’s activated, it cannot be stopped by anyone or anything.