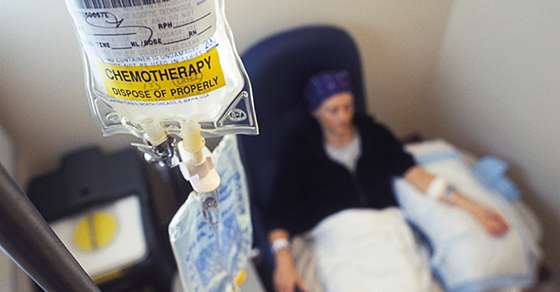 People who refuse chemotherapy treatment live on average 12 and a half years longer than people who undergo chemotherapy, says Dr. Jones.

According to recent statistics, approximately 1 in 2 men and 1 in 3 women will develop cancer in their lifetimes. This saddening reality is made worse when it is acknowledged that modern methods of ‘treating’ the disease are often ineffective and only make the symptoms of the disease worse. In fact, according to one Berkeley doctor, chemotherapy doesn’t work 97% of the time.

In the eye-opening video above, Dr. Hardin B. Jones, a former professor of medical physics and physiology at the University of California, Berkeley, discusses how ‘leading edge’ cancer treatment is a sham.

He has personally studied the life expectancy of patients for more than 25 years and has come to the conclusion that chemotherapy does more harm than good. The bone-chilling realization prompted Dr. Jones to speak out against the billion-dollar cancer industry.

“People who refused chemotherapy treatment live on average 12 and a half years longer than people who are undergoing chemotherapy,” said Dr. Jones of his study, which was published in the New York Academy of Science.

“People who accepted chemotherapy die within three years of diagnosis, a large number dies immediately after a few weeks.”