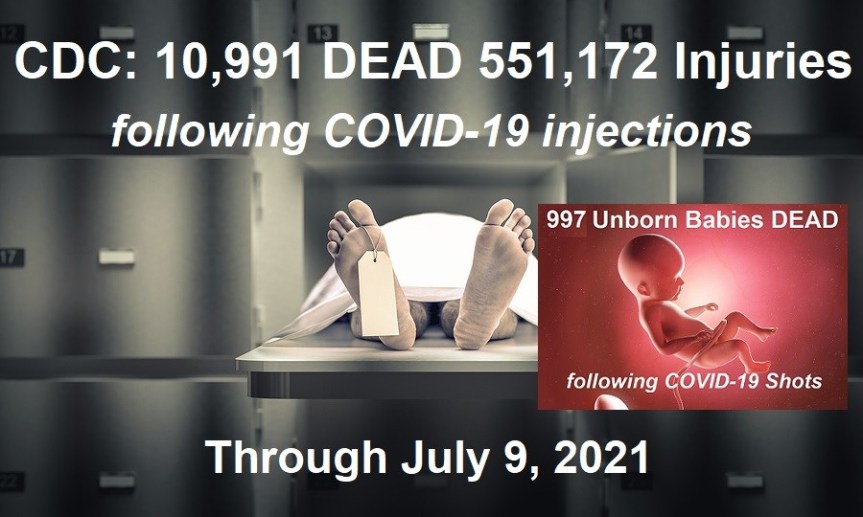 The U.S. CDC released more data today in their Vaccine Adverse Event Reporting System (VAERS), a U.S. Government funded database, and now admit that they have received reports of nearly 12,000 deaths during a 7-month period since the COVID-19 shots were given emergency use authorization by the FDA last December. This includes 997 deaths among unborn children, which is separate from the 10,991 deaths recorded where the “patient” (the one getting the shot) died. 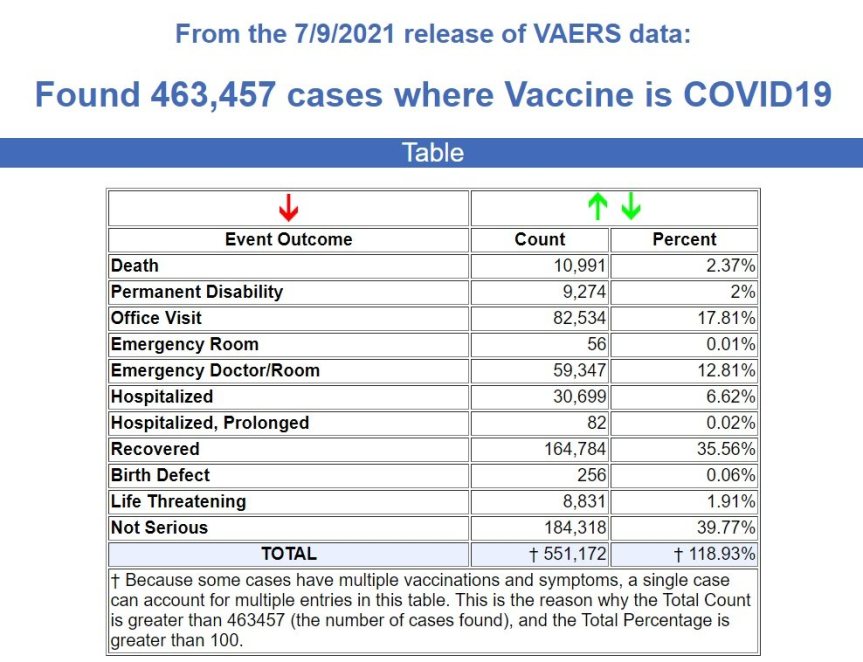 You will not find a single corporate media outlet reporting these government statistics, as this has to be the MOST CENSORED information in the United States.

Not only will you NOT find this information reported in the corporate media, you will find “fact checking” articles trying to debunk these statistics, by stating that the presence of these reports does not “prove causation.”

To put this in perspective, however, these recorded deaths during the last 7 months are now almost twice as many deaths as have been recorded by the CDC following vaccinations since they started recording such statistics back in 1990.

The Medalerts.org interface for the VAERS government database allows one to search all the way back to 1901, and from January 1, 1901 through November 30, 2020, which is the last month before the COVID-19 shots were given emergency use authorization, there are a total of 6,255 deaths recorded following ALL vaccines.