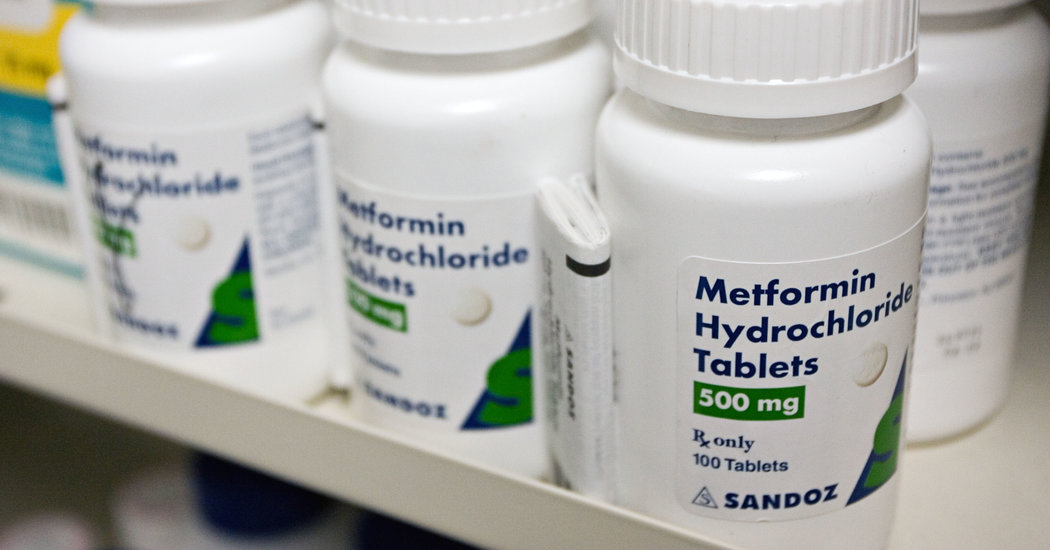 A popular diabetes drug sometimes taken to slow aging may diminish some of the expected health benefits of aerobic exercise in healthy older adults, according to a new report. The drug, metformin, can blunt certain physical changes from exercise that normally help people to age well.

The results raise questions about the relationship of pills and physical activity in healthy aging and also whether we know enough about how drugs and exercise interact. The results are particularly disconcerting given that healthy, active people may be considering taking the drug to slow aging.

But in recent years, scientists, physicians and plenty of other people entering middle age have become intrigued by the idea that it might also change how healthy people age. Worms and rodents given metformin typically outlive their unmedicated labmates. These animal studies suggest that the drug not only reduces blood sugar, it also reduces inflammation and produces other cellular effects that alter aging.

So, for the new study, which was published in February in Aging Cell, researchers at the Oklahoma Medical Research Foundation, Colorado State University and the University of Illinois decided to ask healthy people to sweat and swallow metformin.

They began by recruiting 53 sedentary but otherwise healthy men and women in their early 60s. Most had risk factors for Type 2 diabetes, such as a family history, but were not diabetic.

All of the volunteers then began a supervised exercise program, visiting the lab three times a week to jog on a treadmill or pedal a bike for 45 minutes, a routine that lasted for four months.

Afterward, the researchers repeated all of the measurements from the study’s start and compared the two groups.

It turned out, to no one’s surprise, that most of the volunteers now had better aerobic fitness and blood-sugar control than before, as well as improved insulin sensitivity. Each of these physiological changes would be expected to improve how well the volunteers aged.

But there were notable disparities between the two groups. Over all, the men and women taking metformin gained less fitness, upping their endurance by about half as much as those swallowing the placebo. Many of those taking the drug also showed slighter, if any, improvements in insulin sensitivity. (Hardly anyone’s weight changed much, in either group.)

The scientists next looked microscopically inside their volunteers’ muscles and found telling discrepancies between the two groups. The muscle cells of the exercisers on placebo teemed with active mitochondria, which are the cells’ powerhouses. Mitochondria transform oxygen and sugar into cellular fuel in a process referred to as mitochondrial respiration. Higher respiration generally means better cellular health.

In effect, metformin had road-blocked the normal exercise-related gains in muscle-cell mitochondrial respiration, says Benjamin Miller, a principal investigator in the aging and metabolism research program at the Oklahoma Medical Research Foundation, who oversaw the study.

Without these souped-up mitochondria, the exercisers on metformin seemed less able to improve their fitness or insulin sensitivity than the other volunteers.

These results do not mean that people should stop or avoid using metformin, Dr. Miller cautions, even to brake aging. The study followed only a small group of people for a relatively short period of time and examined a mere fraction of the voluminous bodily impacts of exercise and metformin. It also did not include people taking metformin without exercise.

But the findings “do give us reason to think a bit more cautiously” about mixing metformin and exercise in healthy people, Dr. Miller says.

“There was not an additive effect” from combining them, he says. Instead, metformin and exercise “did not seem to play together very well.”

More research is needed, though, to understand how metformin affects mitochondria, exercise and aging, he says. More broadly, the results raise questions about how exercise might respond to other medicines.

“Doctors are very cognizant of drug-drug interactions,” he says. “It’s time we consider drug-and-exercise interactions, too.”

Read from source: https://www.nytimes.com/2019/06/19/well/move/an-anti-aging-pill-think-twice.html
A version of this article appears in print on June 24, 2019, Section D, Page 6 of the New York edition with the headline: Between a Pill and Sweat: Questions. Order Reprints | Today’s Paper | Subscribe